A lot of people wonder or question if they have Depression or not, and its not always that straight forward to recognise a depressive episode. Sometimes, other people may say to you 'Are you depressed?' or 'we think you are depressed', which can be quite confusing, as how can an individual recognise they are depressed if they dont know what it is themselves.

Below are the signs of depression commonly associated with an episode of depression. When people become depressed they often experience some of the following depressive symptoms:

People with depression may not necessarily experience all of these signs of depression all at once, but the majority of people with depression will have atleast five or six (Royal College of Psychiatrists 2010) at any one time, with different degrees of intensity. If you experience these symptoms for a period up to two weeks or more it is important that you seek support as symptoms tend to get progressively worse with time. 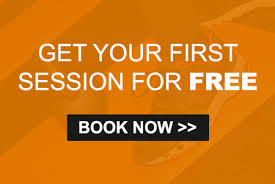 Cognitive Behavioral Therapy is one of the major therapies now recommended by medical experts and GP’s, and has a strong evidence base to show significant improvements in Depression. So if you would like support to overcome your depression, get in touch with our cbt therapy nottingham clinic now.

How Does Depression Effect You?

The depression syndrome is a collection of feelings and behaviours that have been found to characterise depressed people as a group.

You may find that you experience all or some of these feelings and behaviours. There are many individual differences to the number of symptoms and the extent to which different symptoms are experienced.

Depression is considered to be a disorder of mood. Individuals who are depressed, describe low mood that has persisted for longer than two weeks. In mild forms of depression, individuals may not feel bad all day but still describe a dismal outlook and a sense of gloom. Their mood may lift with a positive experience, but fall again with even a minor disappointment.

In severe depression, a low mood could persist throughout the day, failing to lift even when pleasant things occur. The low mood may fluctuate during the day – it may be worse in the morning and relatively better in the afternoon. This is called ‘diurnal variation,’ which often accompanies a more severe type of depression.

In addition to sadness, other moods common to depression are:

Individuals who are depressed think in certain ways. They tend to see themselves in a negative light. Often their self-esteem and self-confidence become very low. They dwell on how bad they feel, how the world is terrible, and on how hopeless everything is. The general ‘thinking theme’ of a person suffering from Depression are somewhat negative and pessimistic.

Interacting with Other People:

Have a think about yourself, and write & reflect upon your depression:

1) How does my life change when I’m depressed?

2) What have I noticed about what I do or don’t do when I’m depressed?

3) How does my view of myself, others, and the future change when I’m depressed?

4) What do other people notice about me when I’m depressed?

Cognitive Behavioural Therapy is one of the major therapies now recommended by medical experts and GP’s, and has a strong evidence base to show significant improvements in Depression. So if you would like support to overcome your depression, get in touch with our cbt therapy nottingham clinic now.

Many people experiencing the symptoms of depression might begin to wonder if there is something really wrong with them. One typical fear is that they might be going crazy. Unfortunately, the reactions and comments from other people such as, “Just get yourself together!” are not very helpful.

Although you might feel alone in your struggle against depressive moods, the reality is that many people experience these moods from time to time, or even regularly. In fact, it is estimated that 1 in every 4 persons experience significantly depressed mood at some time in their life.

Depression can affect any kind of person at any stage of their life. You may be an introvert or an extrovert, socially active or shy, youthful or elderly, male or female, wealthy or poor. Whatever your distinction, you can become depressed. That means that any person you know has the potential to become depressed at some point in their lives. So remember, you are not alone.

Depression is a word used in everyday language to describe a number of feelings, including sadness, frustration, disappointment and sometimes lethargy. However, in clinical practice, the term "Depression" or "Major Depression" differs from these everyday 'down' periods in three main ways:

Cognitive Behavioural Therapy is one of the major therapies now recommended by medical experts and GP's, and has a strong evidence base to show significant improvements in Depression. So if your reluctant to take medication, get in touch with our cbt therapy nottingham clinic and see how we could support you to overcome Depression. 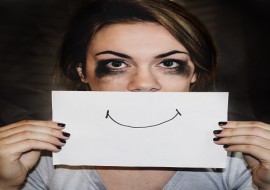 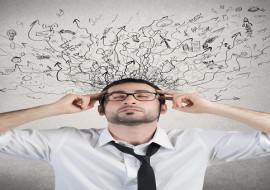